As downtown groups fight over different things, there is growth happening. Because there are so many good elements to being in downtown Bowling Green. While others fight over petty politics others help rebuild downtown to it’s old glory. Another brick to rebuilding downtown happened this weekend as “Spotcash” sign re-lit in glory at Labold and Sons. Kudos to Danielle and Tim for restoring a cornerstone to downtown! 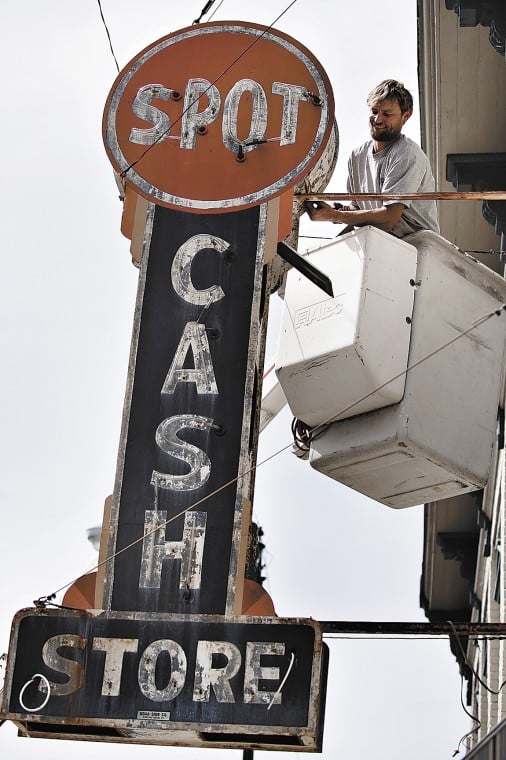 Tony Felchlin of Bowling Green works on an old neon sign Friday in front of Labold and Sons Salvage, which occupies the old Spot Cash Store space on Main Avenue. Felchlin and Bob Basham of Neon Campus were repairing the sign for Labold and Sons, owner Danielle Labold said. “It hasn’t been lit for more than 30 years,” she said. Photo and quote by BGDailyNews.com

Photo via Then and Now Bowling Green facebook page.

If Your Business Still Uses Square in 2021 Help Them Level Up With Us!

A Look Back, Special Guest Melissa Escoto of Mercadito Hispano on Commonwealth in the Age of COVID Ep 5