Bowling Green Pipe and Cigar’s On Tap Menu for This Week Feature Beers From Bell’s, Schlafly, Great Lakes and Against The Grain!

Bowling Green Pipe and Cigar’s On Tap Menu for This Week Feature Beers From Bell’s, Schlafly, Great Lakes and Against The Grain!

It’s beer, it’s cigars and it’s a recipe for good times. This weeks draft opportunities for you to consume is not only delicious it’s varied:

Bell’s Brewery ‘Hopslam Ale’- If you are what is affectionately termed a ‘Hop-Head’ this is your beer. From Bell’s: Starting with six different hop varietals added to the brew kettle & culminating with a massive dry-hop addition of Simcoe hops, Bell’s Hopslam Ale possesses the most complex hopping schedule in the Bell’s repertoire. Selected specifically because of their aromatic qualities, these Pacific Northwest varieties contribute a pungent blend of grapefruit, stone fruit, and floral notes. A generous malt bill and a solid dollop of honey provide just enough body to keep the balance in check, resulting in a remarkably drinkable rendition of the Double India Pale Ale style.

Extra Stout is a descendent of the British and Irish porters of the 18th Century.  These strong porters eventually became known as strong stout, then Foreign Stout or Extra Stout, depending on origin.  Extra Stouts were exported world-wide, gaining popularity in the West Indies, Africa and parts of Asia.

Against The Grain Brewery & Smokehouse ‘Bloody Show’- Based out of Louisville this Mikkeller collaboration has been a popular beer at the cigar shop in the past. From the Brewery: A collaboration beer between Mikkeller and Against the Grain Brewery.  Simply a Blood Orange Pilsner.  Brewed with German Pilsner and munich malts, hopped with American Citra, Columbus, Amarillo and Czech Saaz and fermented with Danish lager yeast.  Then we added the zest and juice from a shit-ton of blood oranges.  The result is a nice easy drinking lager that exhibits a tart and citrusy aroma and flavor.

Gift Cards are available which is another great reason to choose the local shop over online. Check out Bowling Green Pipe and Cigar on facebook. Located at 434 East Main on fountain square you can reach them at 904-2285. Open Monday through Saturday 11:00 am-8:00 pm.

Tags: BG Pipe and Cigar, Bowling Green Pipe and Cigar's On Tap Menu for This Week Feature Beers From Bell's, Great Lakes and Against The Grain!, Schlafly 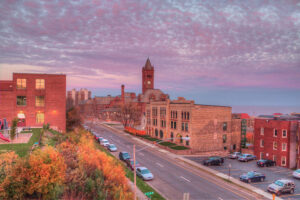 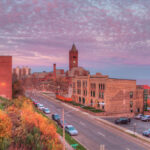