We Continue Our Obsession With Labold and Son’s Disneyana and Have Recently Discovered Their Vintage Family Board Games! Perfect For Summer Family Fun!

We Continue Our Obsession With Labold and Son’s Disneyana and Have Recently Discovered Their Vintage Family Board Games! Perfect For Summer Family Fun!

The treasure appeal of this downtown landmark cannot be overstated. Their front seems overwhelming and busting at the seams but there are so many gems to be discovered:

A suspenseful mystery game for super sleuths of 1972. Players snoop through an elegant mansion searching for clues that will identify suspects to the crime. Each player tries to outsmart his opponents and be the first to discover “whodunit”. But if a player falsely accuses an opponent he must leave the mansion. At the end, the player with all the correct clues solves the crime and is declared the winner.

100 piece puzzle of Mickey and Minnie working out.

NBA Bas-Ket game (real basketball in miniature) produced in 1968. Players use spring-loaded levers to pop the ping-pong ball “basketball” up in the air and through the opponent’s hoop. Scoring is the same as real basketball. Playing field is dimpled to coax the ball towards the levers. Levers are angled to shoot the ball at the hoop.

1963 Milton Bradley’s Password (Based on the Popular 1960s Show) Educational board game for kids.

1976 Board game based on the movie ‘Benji.’ In the Benji Game, players are rolling dice to attempt to get their wooden token to the middle of the board.  Players take turns rolling two dice and moving. If they land on a square with a picture, they either take another turn, roll again, go back to the start or draw a card. The cards aid to manipulate the movement of the pieces.  The first person to reach the center of the board by exact throw is the winner.

1964 Afrika Korps by Avalon Hill. Easy and fun historical game of Rommel’s battles with the English in North Africa during WW2. One of the early Avalon Hill beginner war games.  From the back of the box: Ever since men began making weapons they have used them to create legends: in early 1941, when his conquest of Europe was embarrassed by the rout of his Italian allies in Africa, Hitler dispatched General Erwin Rommel to forestall a seemingly inevitable Axis defeat. Reorganizing the forces under his command as the Deutsches Afrika Korps (DAK), Rommel immediately launched the first of his legendary desert offensives.  Now, the legend of “The Desert Fox” is recreated. From April 1941 through the climatic battle at El Alamein in later 1942. Afrika Korps simulates the mobile conflict between Rommel’s Panzerarmee Afrika and the British Eighth Army defending Egypt and the Suez Canal. During each monthly game-turn, the initiative may switch from the Germany to the Allied player as both come to understand why Rommel called North Africa “A tactician’s paradise; a logistical officer’s nightmare.”  A 2 on Avalon Hill’s complexity scale of 1(low) to 10(high). Playing time 2 to 4 hours  Includes 44″ x 14″ mounted mapboard of North Africa, set of die-cut Axis and Allied military unit counters, combat results table, time record card, die, and rules.

(Most Likely 1976) Walt Disney’s America On Parade Lunchbox. Made by Aladdin Industries in Nashville, Tennessee.

This Snow White is Beautiful!

The only Disney Movie not re-released in the USA. Classic and Hard to find!

Tags: Labold and Sons at Spot Cash, We Continue Our Obsession With Labold and Son's Disneyana and Have Recently Discovered Their Vintage Family Board Games! Perfect For Summer Family Fun! 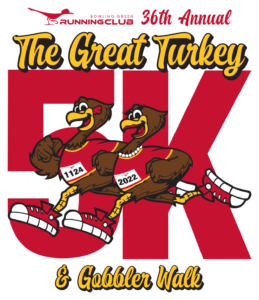 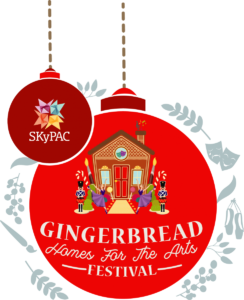