UK and WKU Fans Need To Get To Diddle For The Big Red vs. Big Blue All-Star Game!

UK and WKU Fans Need To Get To Diddle For The Big Red vs. Big Blue All-Star Game! 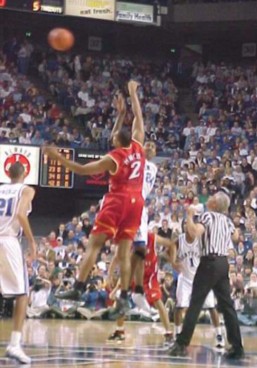 Everyone in this Commonwealth is crazy over hoops. We all know that WKU has scoreboard on UK from the last meeting. That’s why it’s going to be a good time tonight at Diddle Arena! The game is being sponsored by Club MD and is being dubbed Club MC Big Red vs. Big Blue Alumni Game.  The exhibition battle will take place at E.A. Diddle Arena at 7:00 p.m.

The history of the series is an interesting one. This is from www.bigbluehistory.net:

The first game between Kentucky and Western Kentucky did not occur until 1971 when they squared off in the NCAA Tournament in Georgia. Up to that time, the two never played despite the fact that UK’s Adolph Rupp and Western’s E.A. Diddle had each created a powerful basketball program Rupp was well known for not liking to schedule in-state schools, believing that if UK won, they wouldn’t receive any credit (no matter how good their competition was) and if they lost, it could erode UK’s stature both inside and outside the Commonwealth. Kentucky’s in-state opponents steadily shrunk after Rupp took over the head coaching position. Besides some games against local armed services teams during the war years, Rupp never again scheduled in-state teams for regular season games after 1940. Diddle would have loved to compete against UK during those times, however the option wasn’t made available to him.

As early as the mid-20’s, Diddle was looking to match-up against UK. From the student column, written by ‘Hoover’ in the Kentucky Kernel (February 12, 1926).

“Went over to Transy to see Eddie Diddle’s Western Normal team whip the Pioneers the other night and was talking to Mr. Diddle about his team. During his conversation he drawled out something like ‘I’d like to get a chance at Kentucky.’ I came near to laughing in the man’s face but just let it go in one ear and out the other and remarked to myself ‘Applesauce.'”

According a story related on a Western Kentucky discussion site (Hilltopper Haven, November 2001), in 1942 well after the season was over, there was proposed a game between UK and Western to be played in Louisville to benefit the War Effort. UK had already played such a charity game that March, when they competed against a strong team from the Great Lakes Naval Station in Louisville’s Armory and had then gone on to compete in the NCAA Tournament. Apparently due to Rupp’s wishes, the proposed game never materialized.

In 1949, after the collegiate eligibility of many of the “Fabulous Five” players was up, the team played a number of exhibition games across the region. The most anticipated match was against former Western stars in Odie Spears, Duck Ray, Johnny Oldham and many others. The game was held in the Armory in Louisville. Led by Wah Wah Jones and Alex Groza, the former UK stars ran away with the game 80-65. The teams met three more times that summer and resulted in Kentucky wins, despite attempts on the part of the Western stars to bolster their ranks with the likes of Louisville star Jack Coleman, West Virginia Fred Schaus and others. The second game was held in Owensboro’s Sports Arena and resulted in an identical final score 80-65. The final game was held in Lexington outdoors at the Lexington Trotting Track. The former Olympians from UK braved the wet weather and held on to win a tight game by going into a stall, 51-42.

It is known that after this, other exhibitions were played between some UK and Western players (among them All-Americans Cliff Hagan, Frank Ramsey (UK) and Tom Marshall, Art Spoelstra (WKU), presumably after their eligibility was already up, in the middle 1950s.

The rosters at this time are as follows:

Proceeds from the game will go to the W Club and Sharpshooters Academy. Tickets are $10, $29, $36 or $55 dollars depending on where you want to sit and they can be purchased through the WKU Box Office.