WHOA! Great Escape Records and Comics Just Got in Classic Vinyl and Over 100 Vintage Rock Magazines!

WHOA! Great Escape Records and Comics Just Got in Classic Vinyl and Over 100 Vintage Rock Magazines! 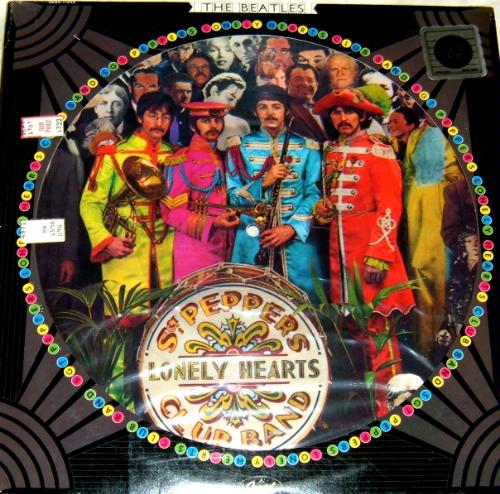 There are times when you just love going into Bowling Green’s Great Escape Records and Comics. Right now, the new music isn’t as fruitful (we had a good run a couple weeks back) as you want but, they got some awesome vinyl and vintage Rock Magazines in this past week.

Some of the newer albums are recent like the special edition Radiohead ‘King of Limbs’ vinyl record (only available on Radiohead’s website) and Great Escape has it. They also have vinyl records of Metallica’s “Garage Inc”, David Bowie’s “The Man who Sold the world” and a David Bowie promo sampler from 1980s.

If you like a little more classic rock there is the Pink Floyd ‘Dark Side of the Moon’ that not only has the album but, it comes with all the inserts, posters and stickers. Now that’s a great find. Then maybe my favorite, The Beatles Picture Disc for ‘Abbey Road’ and ‘Sgt Peppers Lonely Hearts Club Band.’

Lastly, they just received over 100 Hit Parade vintage 1970s magazines. Hit Parader is a classic American music magazine focusing on the hard rock, pop, and heavy metal.  The magazine was originally started as a pop song lyric magazine in 1942. Well, Great Escape now has over 100 with bands on the cover like Kiss, The Rolling Stones and The Who.