The FROZEN4 – 4 Mile Run / 2 Mile Walk is not only a great time it’s a time to help support the young people in our community! Register to help and to get started on a healthy 2015!

The FROZEN4 – 4 Mile Run / 2 Mile Walk is not only a great time it’s a time to help support the young people in our community! Register to help and to get started on a healthy 2015!

In January 2012, TRAXrunning hosted its first ever FROZEN4 Run/Walk to benefit Jesse Beam, a Warren East High School runner who spent over 100 days at Vanderbilt Hospital battling a severe case of MRSA. Throughout Jesse’s hospital stay, thousands of dollars of bills mounted, causing a financial strain on the family. The FROZEN4 Run/Walk brought together our running community to aid in the overwhelming expenses.

In 2013 the recipient for the race was Zack Haley, a Warren Central High School football player who was diagnosed with Ewing’s Sarcoma, a rare form of bone cancer. Each year’s race resulted in over $4000 to the families.

All proceeds from the 2014 FROZEN4 went to Madison Duncan, a Greenwood High School freshman track athlete who suffered from Transverse Myelitis.

Rachael Sloane Duncan is the youngest of four children born to Gene and Tammy Duncan. A junior at Edmonson County High School, she is a member of the Lady Cats Basketball team and a pitcher for the Lady Cats Softball team. Rachael’s biggest fan was her mother, Tammy, who lost her life in October, 2014. Tammy was a leading booster in all sports involving her children – softball, basketball and baseball. She was always the first to volunteer for any job from working concessions to cleaning the field. Tammy is missed not only by her family and friends, but by all the athletic teams in Edmonson County. All proceeds from 2015 FROZEN 4 will go to the Duncan family.

Start time for the 4 mile run will be at 9:00 a.m. and the 2 mile walk will start afterwards. The course is a 2 mile loop with slightly rolling hills. The walking category is a competitive event, so please no RUNNING!

Tags: Bowling Green Events, The FROZEN4 – 4 Mile Run / 2 Mile Walk is not only a great time it's a time to help support the young people in our community! Register to help and to get started on a healthy 2015! 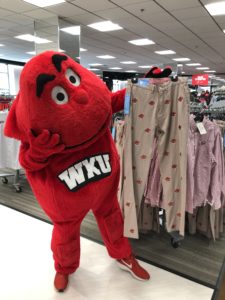 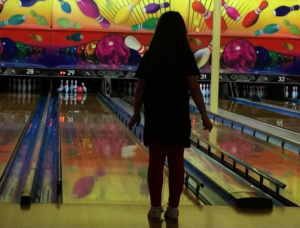 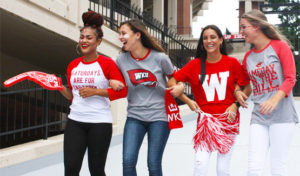 Time to Start Thinking About Christmas Gifts for Those Topper Fans. Shop In-Store and Online with The WKU Store!